On US Web Store Orders
$10 and over

What is a Singer Featherweight 221?


They are portable sewing machines that are marvels of engineering and manufacturing excellence produced by the Singer Sewing Machine Company between 1933 and 1957 in the United States and into the 1970's in Scotland.

They produce a perfect straight stitch, are easy to maintain (when you know how), are light weight and very portable.  These qualities are what has made them so popular with quilters in recent years.

"I love these little machines!  They make a perfect stitch every time.  My goal in selling and working on these machines is to keep as many as possible 'alive' and sewing beautifully."

Nova's Exclusive Products for Your Featherweight!

Is My Machine a Featherweight? 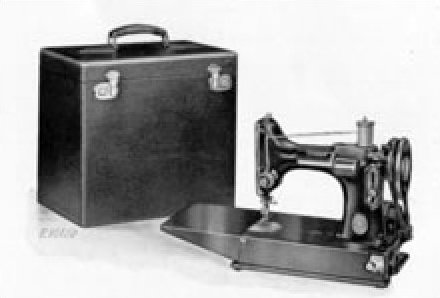 "Is my machine a Featherweight?"

Nova receives numerous inquiries regarding whether a machine is or is not a “Featherweight”.

The model that Singer designated as “Featherweight” was the model 221. Technically, the majority of machines are model 221-1 due to a patent update.

Though Singer did not put the model number on them until the 1950’s, they are distinguishable by some very distinctive traits:

These are a few of the obvious features to determine if your machine is a Featherweight – “The most popular portable in all the World”.

What do Nova's customers think?

"Hi Nova! Both the Nova's Featherweight Maintenance Card and foot control that I ordered arrived today. I LOVE the Maintenance Card! I had so dreaded oiling the machine. With your card, oiling was a breeze. Thanks a million! I was worried about the wiring to my original foot pedal, therefore, I was glad to get the new one. Also, I am a Bernina user, so I'm comfortable with the new foot pedal. I have a feeling that I'll probably always use the new foot pedal now. Oh, I just finished making a quilt top on my 1952 Featherweight.
Thanks again for the excellent service!"
Fran